John William Lyle, known to family and friends as "Jack," is remembered as a generous man, full of humor, a devoted husband and father who, according to his wife Norma, wanted a "houseful of children." Jack Lyle was born in the Chicago suburb of Oak Park, Illinois. 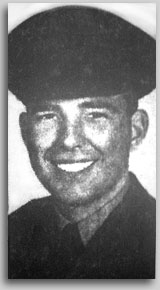 He was 18 when his family moved to Menlo Park, California in 1949. Jack met Norma, the girl next door, on the day he moved in and they began a courtship speaking to each other over their backyard fence. Jack and Norma were married in September 1950.

Mrs. Lyle remembers Jack's initial disappointment at leaving the Midwest. He was active in his church and considered becoming a minister. He was also an avid ice hockey and soccer player. But Jack discovered he loved Menlo Park. After serving in the U.S. Air Force, he decided he would settle here and raise his family. He later found new sports in sailing and target shooting becoming an expert marksman. His marksmanship was a skill his children and grandchildren would later acquire.

Police work just seemed a natural outlet for Jack's personality and many talents. Jack first joined the Menlo Park Police Department as a reserve police officer. He attended San Jose State College police academy to qualify as a regular officer and he was sworn-in June 9, 1952.

In March 1960, Officer Lyle received a letter of commendation from Menlo Park Police Chief George Potter for his part in rescuing children from a burning house in the Belle Haven neighborhood. Officers Ed Schild and Jack Lyle spotted smoke coming from a house, called the fire department and kicked the front door open to rescue the Joseph Singh family. Lyle and Schild carried three youngsters, ages 7, 2 and 16 months to their patrol car and turned on the heater to keep them warm. Due to their fast action, no one was injured.

Over 700 hundred officers and attendees honored the life of John W. Lyle at his funeral service September 26, 1960, at Menlo Park Presbyterian Church. Officers marched in formation, escorting the hearse from the mortuary to the church. The funeral procession included all 40 members of the Menlo Park Police Department. Over 600 police and other law enforcement officers representing agencies from all over Northern California and the San Francisco peninsula joined over 100 family, friends and members of the community at the services. The Lyle children were 2, 4, 6 and 9 years old at the time.

Officer John Lyle was survived by his wife Norma, and their 4 children, daughters Karen, Susan, Donna and son John W. Lyle. Jr. and 6 grandchildren. Much of the family still live in Menlo Park.