One of the first steps for MPPD to become successful in its goal towards a safer community and to earn the trust of its members was to connect more closely with those living and working in the community. Therefore, the department formed a “Community Advisory Group” (Advisory Group), which is comprised of residents and business owners from throughout the city. Menlo Park has 20 distinct neighborhoods and the Advisory Group is comprised of at least one resident from each neighborhood. The group meets monthly with the police chief and police commanders and is a forum for open lines of communication for members to identify crime and community issues affecting their area.

The Advisory Group collaborated to develop comprehensive and coordinated plans that targeted neighborhoods with the most pressing concerns. As with many communities, traffic is always a primary concern, and this group took the lead in formulating the department’s strategic plan on traffic safety. The Traffic Strategic Plan includes traffic enforcement around all schools in Menlo Park, with each area specifically identified by the Advisory Group. Each school receives targeted traffic enforcement in the morning and afternoon to ensure a consistent presence. Additionally, at the beginning of each school year police traffic officers educate students and parents about bicycle and traffic safety. School personnel, parents and students provide feedback to the enforcement and education and are appreciative of our continued efforts.

Another project that the Advisory Group helped MPPD develop was an improved system of communicating with the community, both socially and during emergencies. Through their guidance, the police department uses numerous social media platforms to disseminate information to the public. In addition San Mateo County's emergency notification SMCAlert and Nixle, MPPD  regularly utilizes Facebook, Twitter, Instagram, and Nextdoor.

The Advisory Group has become the sounding board for many projects affecting the community. The Advisory Group vetted transitioning to new patrol vehicles, issuing Tasers to patrol officers, and allowing officers to wear tactical vests prior to implementation. The most inclusive project to date was the Advisory Group’s assistance in designing department policy for “Body Cameras.” The Menlo Park Police Department was the first agency in San Mateo County to issue every officer in the department a personal body camera. Initially, the department adopted a standard policy, but after a few months, it was determined that revisions were necessary and public input was valuable in that process. Due to recent officer involved shootings, the topic of body cameras has become a national concern. Many agencies have been struggling with how to integrate this new piece of technology into operations. Our department turned current policy over to the Advisory Group and asked them to provide recommendations designed to protect both the public’s right to privacy, while at the same time, ensuring the needs of the department. The outcome was an inclusive policy that the Menlo Park City Council whole-heartedly supported. 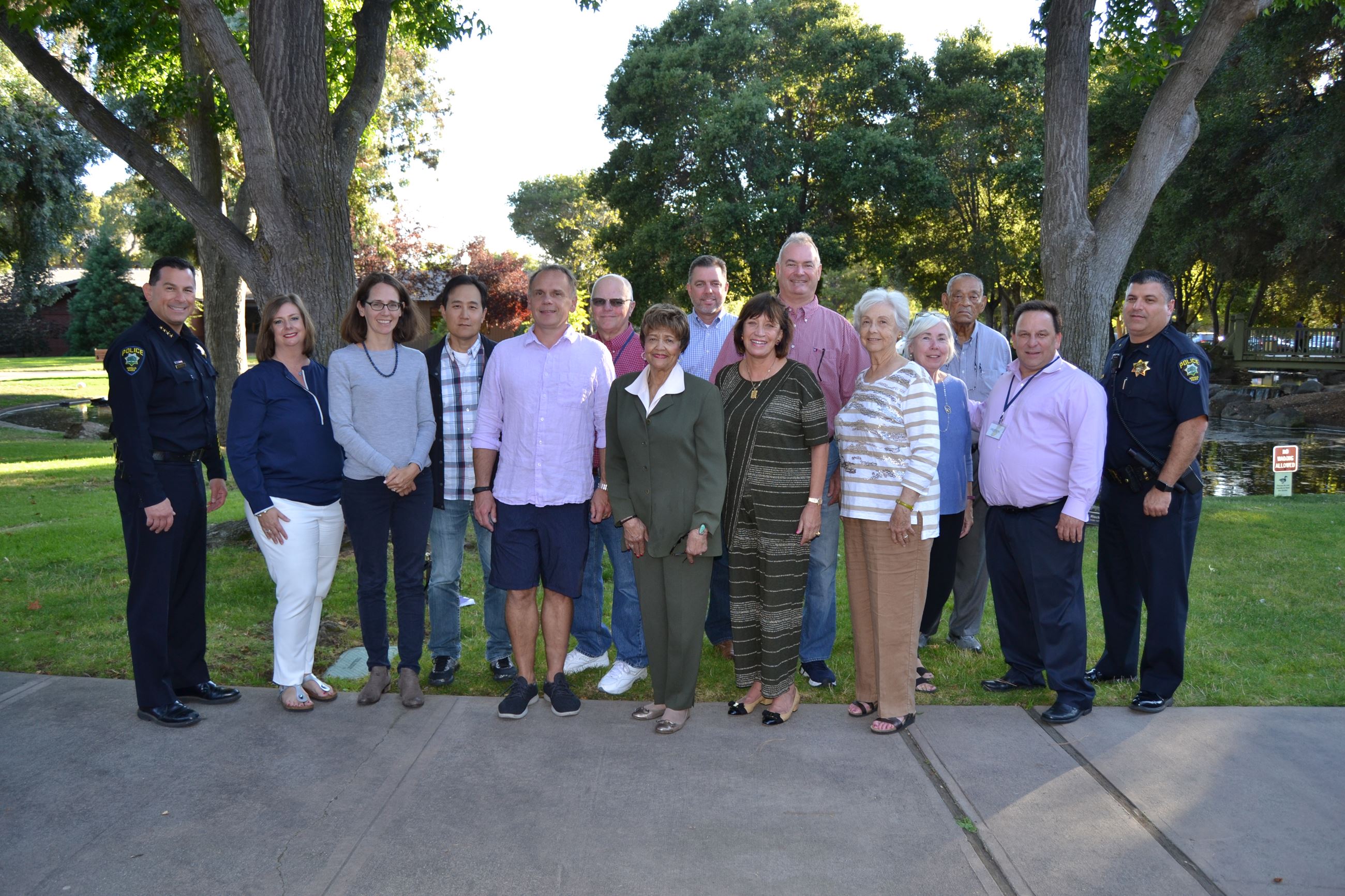