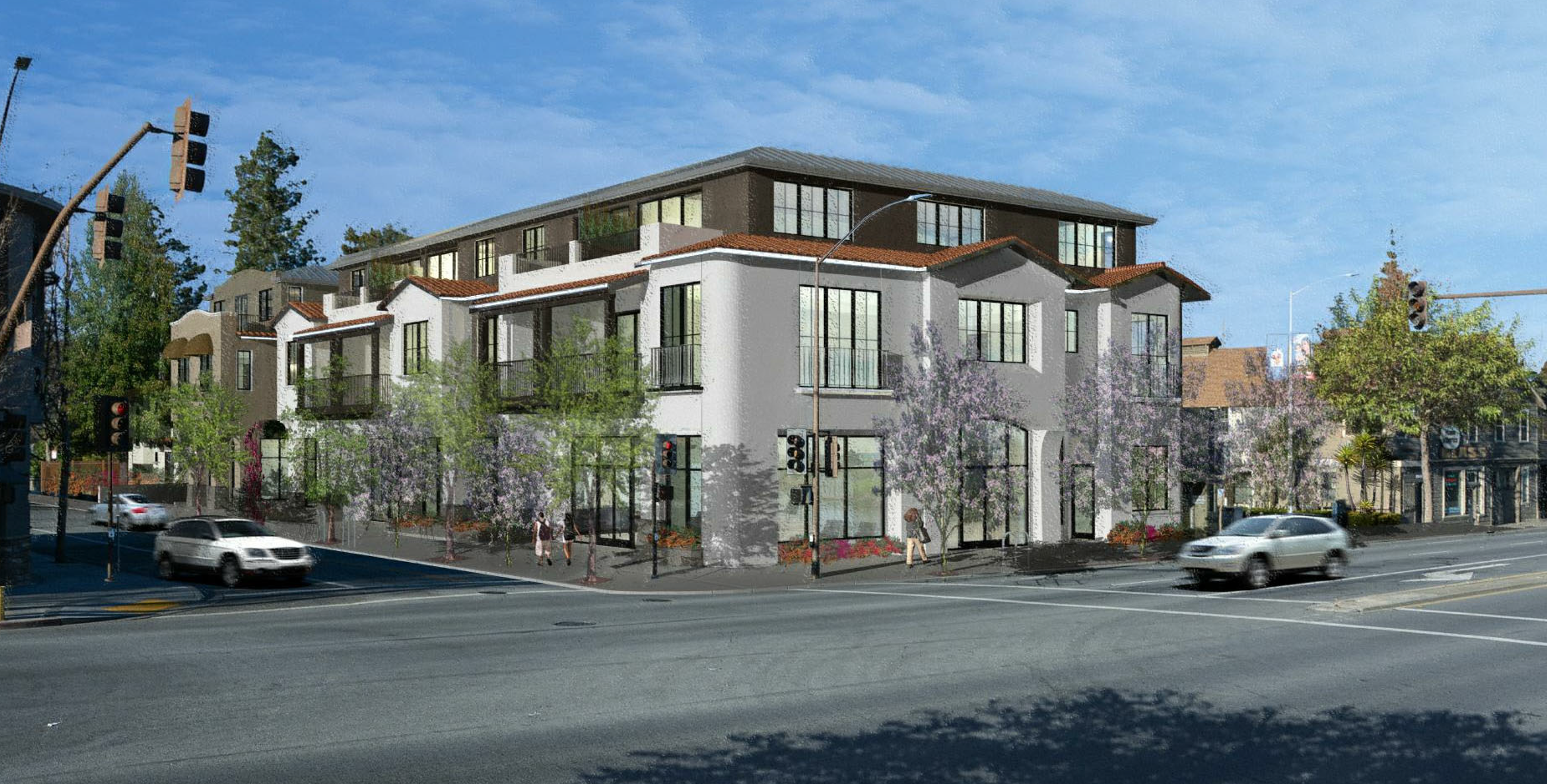 
The applicant is proposing to demolish an existing commercial building (201 El Camino Real) and multifamily residential building (612 Cambridge Ave.), and construct a new three-story mixed-use building with two levels of underground parking at 201 El Camino Real and two detached single family townhouses at 612 Cambridge Ave. The mixed-use building would consist of restaurant and retail uses and parking access on the first floor and 12 dwelling units on the second and third floors. Along with the two detached single-family townhouses at 612 Cambridge Ave., a total of 14 dwelling units are proposed for the development.

The proposed development would be at the Public Benefit Bonus level, which involves a discretionary approval that would allow the development to exceed the Base level floor area ratio (FAR) and residential density on the subject site.

As part of the proposed project, two Below Market Rate (BMR) dwelling units would be provided on site, with a portion of the BMR units proposed as the public benefit.

A portion of Alto Lane would be abandoned, and the two lots zoned as SP-ECR/D would be merged through a vesting tentative map. The parcels at 201 El Camino Real and 612 Cambridge Ave. would not be merged, but the project would be a coordinated proposal with linked elements, such as access. As part of the project, two heritage trees have been approved for removal.

The overall proposal would be comprised of:

The City will be holding the following public hearings for this project.


The following city actions would be required for the proposed project.