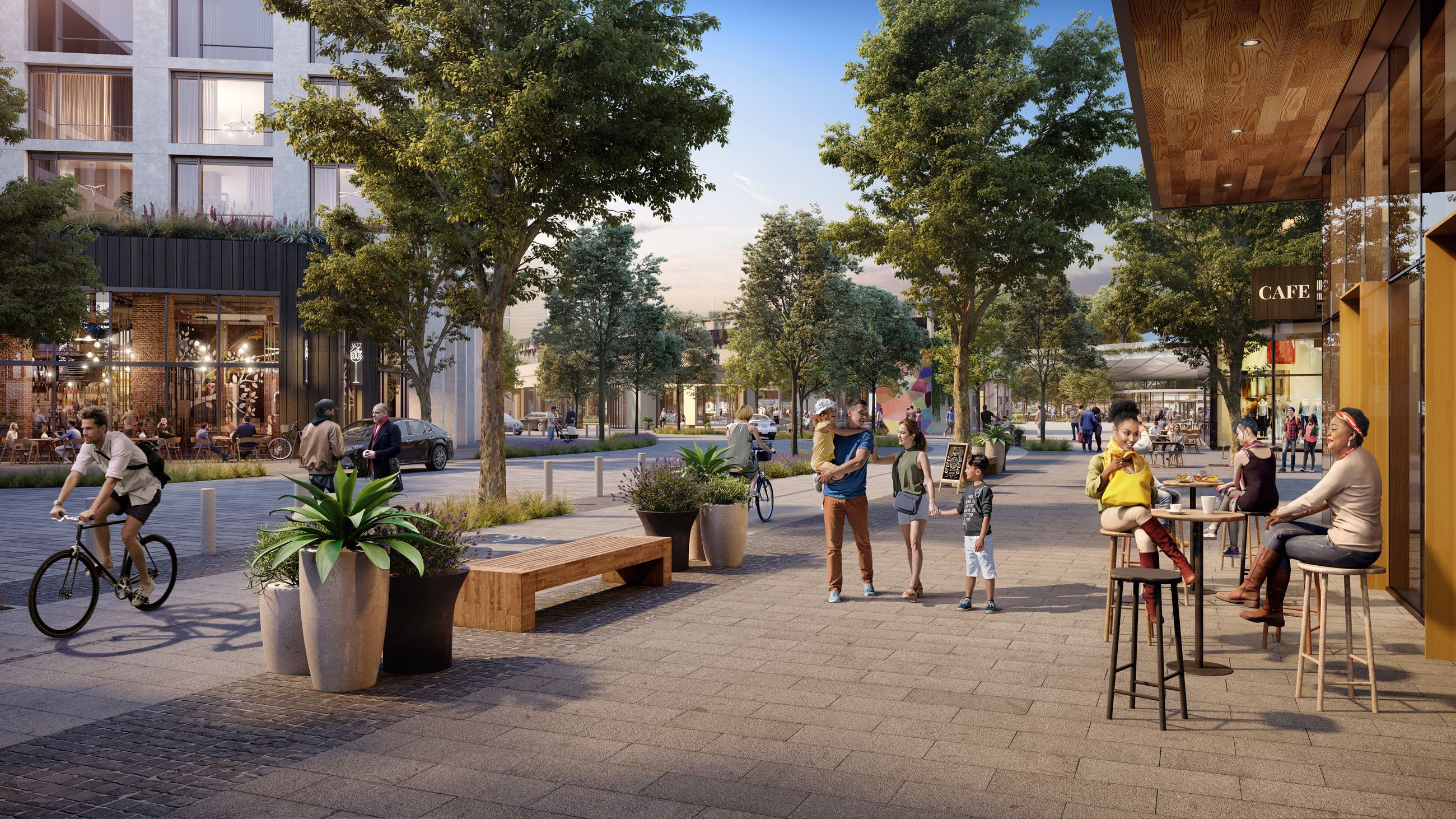 The City and its consultant are reviewing and considering all information and comments received with regard to the content and scope of the draft EIR. The public comments received during the NOP comment period are provided on this web page in the Environmental review section. A draft EIR is currently being prepared for the project and will be posted on this web page when available.


Current and archived plan sets and related submittals are available on the project plans webpage.

The January 2021 submittal expands on the October 2020 plans, which contained a number of project updates and refinements; however, the January 2021 plans do not change the proposed density, commercial retail square footage, office and conference space square footage, or site circulation. The list of project updates below reflects key changes to the project made by the applicant team between May 2020 and October 2020.

The City received the initial application July 6, 2017, to comprehensively redevelop the former ProLogis Menlo Science and Technology Park, located along Willow Road at the intersection of Hamilton Avenue.

The approximately 59-acre existing subject site contains 20 buildings with a mix of office, research and development, and warehousing uses, which encompass the following address ranges: 1350-1390 Willow Road, 925-1098 Hamilton Ave. and 1005-1275 Hamilton Court. Facebook currently occupies several of the existing buildings on the project site. The proposed project is commonly referred to as the Willow Village Master Plan and generally includes the following components:

The proposed project utilizes the bonus levels for density, floor area ratio (FAR) and height in exchange for community benefits, as defined in the Zoning Ordinance. The proposed project would demolish existing on-site buildings and landscaping and construct new buildings within three subdistricts: a town square district, a residential/shopping district and a campus district. The town square and residential/shopping districts would include the proposed multifamily dwelling units, hotel, publicly accessible open space and the majority of the non-office commercial uses. The campus district would contain 1,600,000 square feet of offices and accessory/conference space for Facebook and a portion of the non-office commercial/retail, which would be located along the ground floor of the office buildings on the main street and open to members of the public.

The updated proposed project is anticipated to be developed in two main phases. Phase one would encompass the majority of the site development and is further broken into Phase 1A and Phase 1B. The list below outlines the proposed phased development of the project:


It is anticipated that the following city actions (e.g., agreements, permits, analyses and reviews) would be required for the proposed project: