The City is preparing the Willows Neighborhood Complete Streets to identify Safe Routes to Schools improvements in the Laurel Upper School enrollment area to facilitate travel by students to the school site, as well as reduce cut-through traffic in the Willows neighborhood. 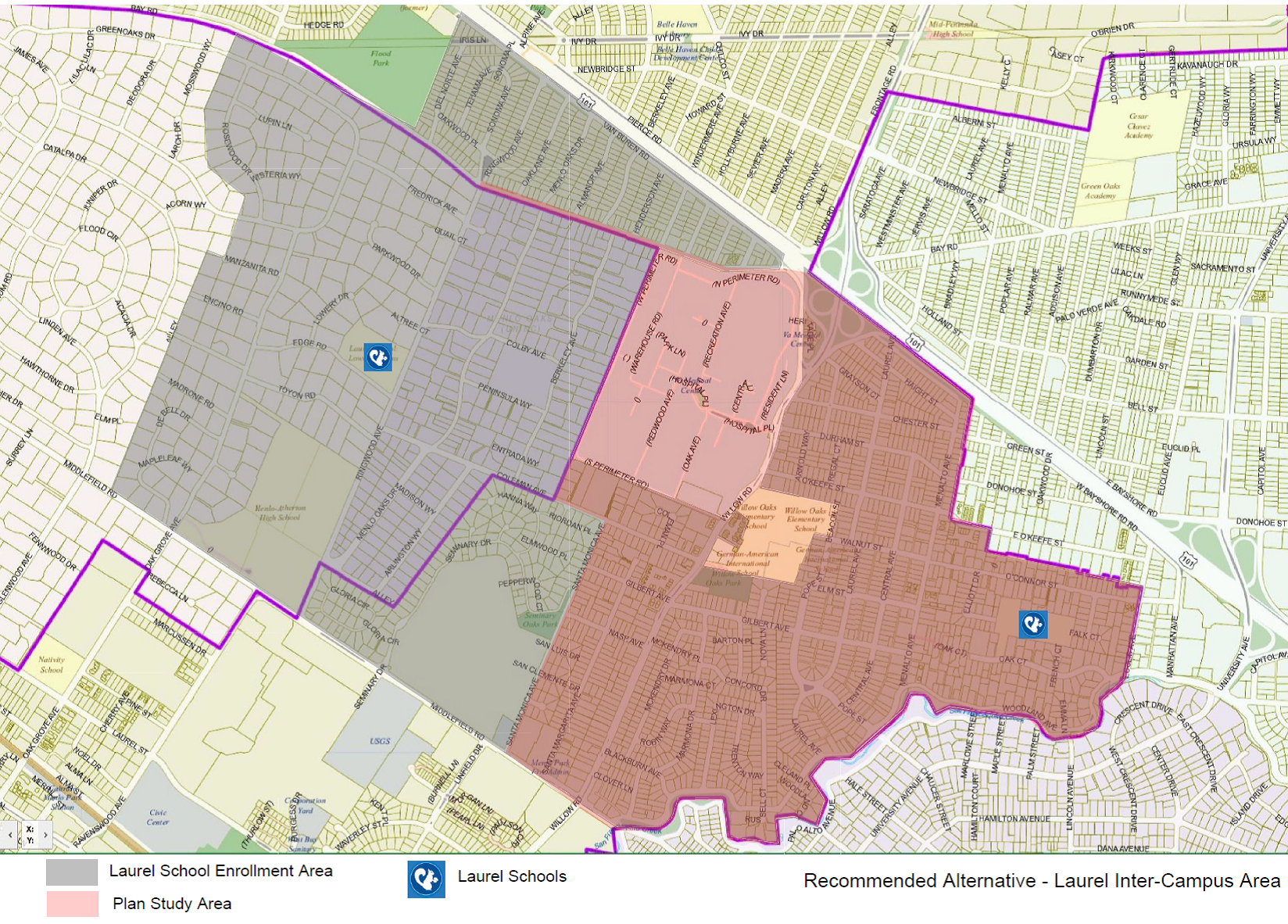 The goal of this project is to better facilitate travel by students to the Laurel Upper School and to reduce cut-through traffic in the Willows neighborhood through the use of traffic calming measures. The study is projected to take approximately 18 months to complete.

Typically, cut-through traffic refers to trips generated outside of a pre-defined area and traveling through to a destination outside of the area. To counter this type of driving behavior, traffic calming measures such as education, enforcement, and physical structures are often recommended and implemented as possible solutions.

The study area is expected to include the Laurel Upper School enrollment area (extending across Willow Road) for Safe Routes to Schools improvements; the cut-through traffic analysis would focus on the Willows neighborhood (generally bounded by Woodland Avenue, Willow Road, US 101 and University Avenue).

The potential improvements identified in this study would also benefit students traveling to other nearby schools including Willow Oaks Elementary, the Alto International School and Menlo-Atherton High School due to their proximities to the study area.

The opening of the Laurel Upper School in October 2016 marked the third school campus within the Willows neighborhood, along with Willow Oaks Elementary School and the Alto International School (formerly known as German-American International School). As a result, the City sought to initiate a Safe Route to School (SR2S) Plan Study to facilitate travel by students.

On February 28, 2017, due to cut-through traffic concerns within the Willows neighborhood, the City Council directed staff to expand the SR2S Plan to include a traffic calming component to address these concerns.

The City met with the community to seek feedback in anticipation of developing a scope of work and issuing a request for consultant proposals in summer 2017.

In June 2017, the City Council is allocated funds for this project in the 2017-18 budget. It was placed on hold to respond to urgent cut-through traffic concerns relate to the Willow Road/US 101 Interchange construction in 2018 and 2019. As construction of the interchange is completed in 2019, staff anticipates re-initiating this project.